The Cambridge Chamber of Commerce recently acknowledged chamber members who have made significant improvements in the appearance of their facilities. Congratulations to Seneca Lake Park for receiving a “Snazzy” award from the chamber. Park Manager, Matt Steffen, shows his pride in the award given for the newly completed Seneca Beach concession stand.

A total of $26.4 million for capital improvements is planned for Seneca Lake Park over the next 4 years. This is part of the $120 million master plan improvements MWCD has committed to the five parks at Atwood, Charles Mill, Pleasant Hill, Tappan and Seneca and the Piedmont marina/campground. These investments in MWCD park infrastructure systems are made possible through oil and gas bonus and royalty revenue. 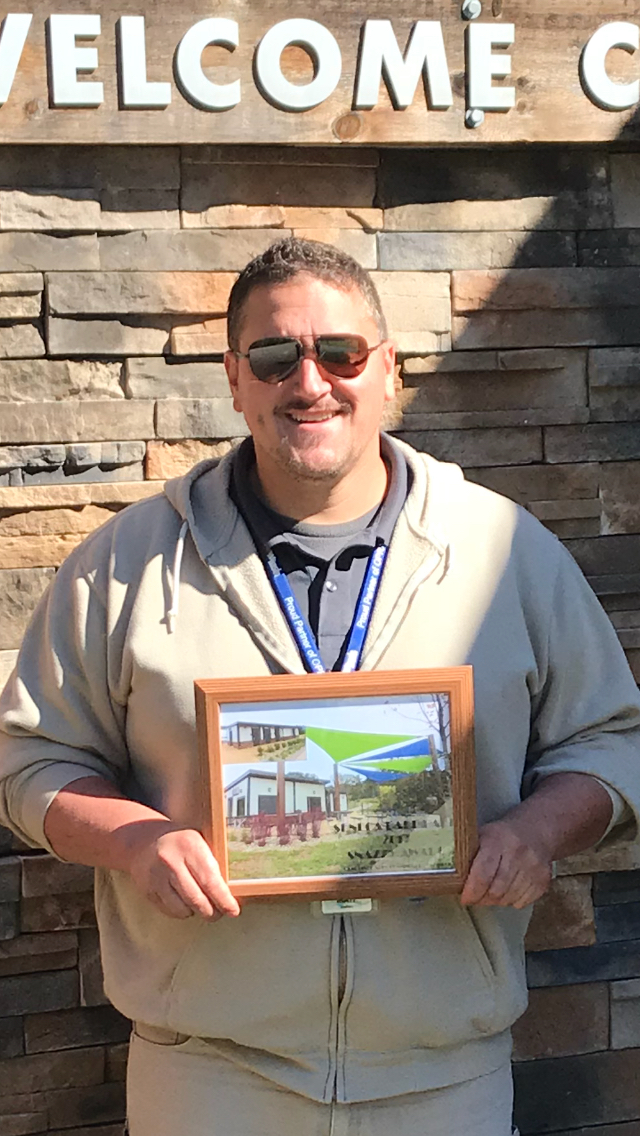