Modern amenities for  this new campground include a concrete pad for each camping unit along with a paved passenger vehicle parking place, fire ring, picnic table and available room for tent camping. The paved walking path throughout the campground gives easy access to the new ADA/family restroom building and to the new picnic shelter while also providing connections to other parts of the park. And of course, campers occupying this area will have breathtaking views of Pleasant Hill Lake.

Bill Martin, MWCD Pleasant Hill Lake Park Manager commented, “Things are really coming together and taking shape on this first of many capital improvements planned at Pleasant Hill Lake Park. We will be transitioning some of our seasonal campers to this site later this year.” Existing seasonal campers will be temporarily moved to this site as select existing campgrounds throughout the park undergo renovations and utility upgrades.  Seasonal campers will then have the option to transition back to the upgraded existing campsites in the park once renovations are completed.

MWCD has planned $120 million in capital improvements over the next five years in the five MWCD parks which include Pleasant Hill, Charles Mill, Atwood, Tappan and Seneca Lake Parks. Major improvements have also been recently completed at Piedmont Marina, an MWCD owned marina. Funding for these improvements is realized through MWCD’s oil and gas leasing and royalty revenues. 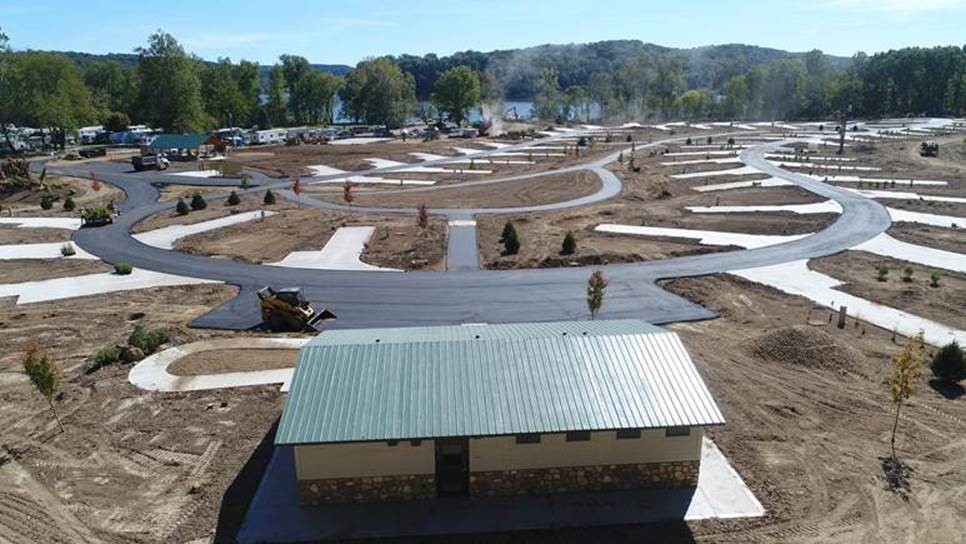 Improvements To Tappan Lake Marina Are Set To Begin This Fall - August 26, 2019
The MWCD is currently planning for the second phase of renovations, and we're looking for your input! - December 28, 2020
Construction on SR 800 beginning June 1. Detour to Atwood Lake. - June 19, 2021