Muskingum Watershed Conservancy District Board Action From the November 18, 2016 Meeting

Actions of the Muskingum Watershed Conservancy District (MWCD) board taken at the
November 18 meeting held at Kent State Tuscarawas include:

• Approved the 2017 budget which includes $31.7 million in the capital improvement
program expenses. The $31.7 million is part of the five year $120 million capital
improvement plan, also known as the master plan, that will upgrade infrastructure,
utilities, campgrounds and park amenities at the five MWCD parks.
• Authorized the purchase for the acquisition of the Leesville Lake Petersburg Marina in
Carroll County in the amount not to exceed $600,000. The separate MWCD Board of
Appraisers reviewed and approved the negotiated purchase price. The current owners
of the marina are retiring and moving out of the area. An RFP to lease the marina
operation will be forthcoming in order that the marina is in full operation for the 2017
recreation season.
• Approved the 2017 allocation of deep shale royalty revenue to 5% to future building
acquisitions, 45% to supplement operational needs and contingency reserves, and 50%
for future capital and deferred maintenance needs. Budgeted revenue for 2017 deep
shale royalties is projected at $6.9 million.
• Approved a three-year lease agreement with Anderson & Dots Malmanagement, Inc of
New Philadelphia for the operation of the Atwood Lake Park Camp Store and
Concession.
• Approved the purchase of five pre-fabricated restroom buildings for use at Leesville,
Pleasant Hill, Seneca, and Tappan Lakes for $845,000. The purchase is through a
competitive bid cooperative purchasing program through the National Joint Powers
Alliance and therefore saves the District approximately 15%-20%.
• Approved the purchase of 400 recreational vehicle power pedestals for use in the newly
constructed campground improvements in the five MWCD parks for $122,752.00
through Eaton Marina Power and Lighting.


• Heard that Brannon Contracting and Maintenance Services, LLC is the low bidder for
Leesville Lake South Fork Public Boat Launch Ramp Improvements in Carroll County at
$102,502 and will be awarded a construction contract. The engineer’s estimate was
$120,000.
• Heard the Piedmont Marina renovations low bidder was CCI Commercial Construction at
$436,000 who will be awarded the construction contract. The engineer’s estimate was
$421,000.
• Heard the low bid and award for contract for the Charles Mill Marina Boat Launch Ramp
improvements was Adena Corporation for $56,538.00 where the engineers’ estimate
was $72,000.
• After review of bids the board authorized the purchase of five boat docks and anchoring
systems for Tappan Marina from Merco, Inc. for $544,930. The docks will accommodate
approximately 200 slips.
• Approved the 2017 park and campground rate schedule and rates for the MWCD owned
marinas at Piedmont, Seneca and Clendening lakes.
• Viewed the 30 second MWCD commercial that recently received a top award from the
Ohio Travel Association Recognizing Uncommon Brilliance known as the RUBY Award.
• Heard that mass dredging to remove 360,000 cubic yards of sediment from Tappan Lake
and additional dredging work near the Tappan Park sea wall will be completed in 2017.
• Heard a status update of the master plan that two major projects are under
construction at Atwood for 75 full hook-up campsites and Tappan Lake for new ADA
restroom; four major infrastructure improvement projects are in process of bidding for
construction at Seneca, Atwood, and Pleasant Hill lake parks; and seven major design
projects for Atwood, Piedmont, Pleasant Hill, Seneca and Tappan infrastructure
improvements are advancing

The next regularly scheduled MWCD Board meeting is on Friday, December 16 at 9:00 am at the
Kent State Tuscarawas Science and Technology Center.

About the Muskingum Watershed Conservancy District:

The MWCD, a political subdivision of the state, was organized in 1933 to develop and implement a plan
to reduce flooding and conserve water for beneficial public uses in the Muskingum River Watershed, the
largest wholly contained watershed in the State of Ohio. The District includes 18 counties and covers
8,000 square miles which is 20% of the state. The District’s 16 reservoirs and dams have been credited
for saving an estimated $11.9 billion of potential property damage from flooding, per the federal
government. In addition, over 5.5 million customers a year use the District’s recreational facilities
throughout Eastern Ohio which bolsters the region’s economy and augments the quality of life for
Ohio’s residents. For more information about the MWCD visit www.mwcd.org. 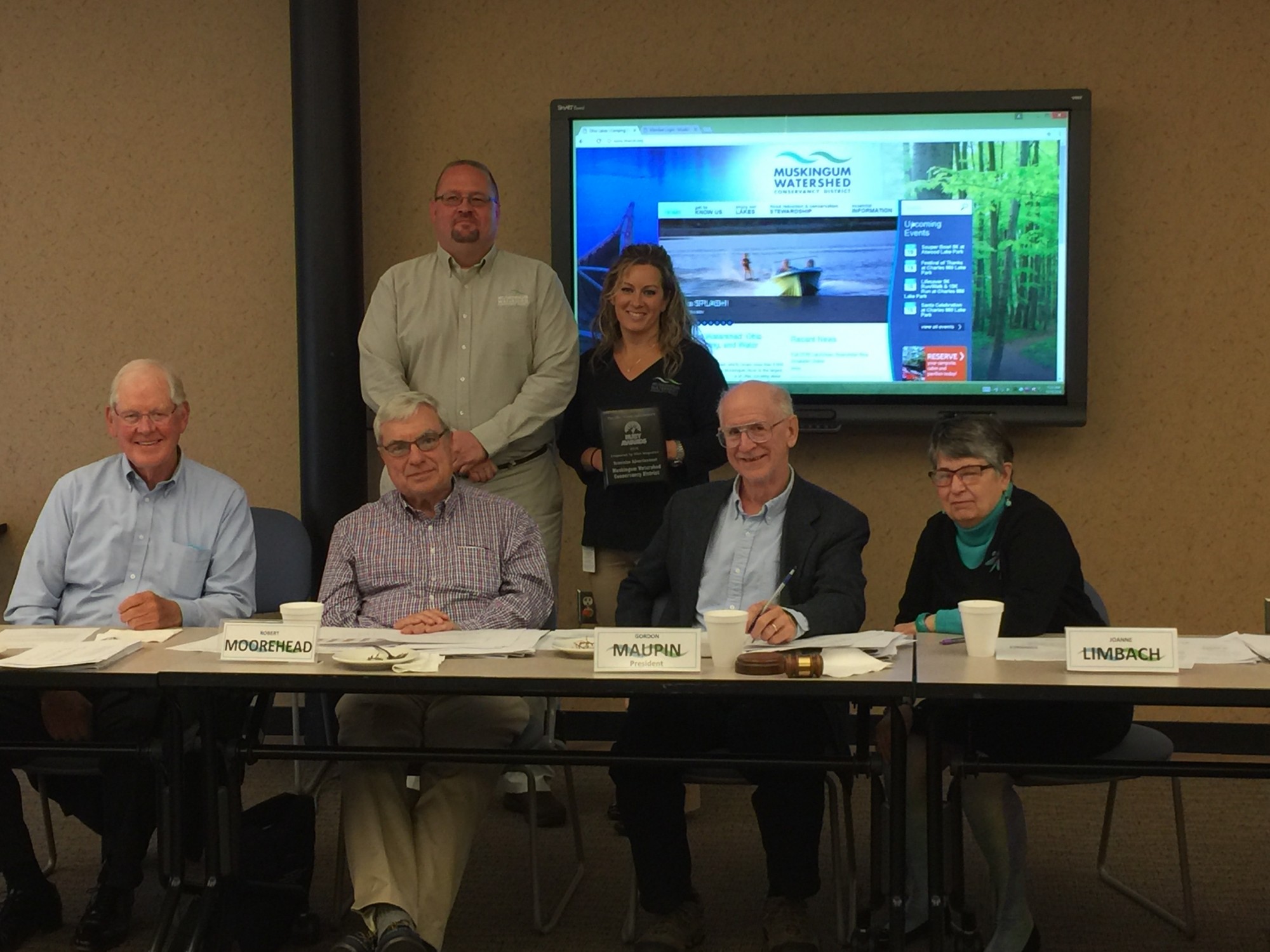 Keywords: action, board of directors, mwcd