The Board of Directors of the Muskingum Watershed Conservancy District (MWCD) elected the new slate of officers at the July 22 meeting. Members serving as officers through May 2017 include President- Gordon Maupin from Wayne County, Vice President – Clark Sprang from Holmes County, Secretary John Hoopingarner who currently serves as Executive Director, and Treasurer – Jim Cugliari who is also the Chief Financial Officer.

Other Board actions at the July 22 meeting include:

Of other note the Ohio Auditor of the State Award, presented to the MWCD for exemplary financial reporting in accordance with Generally Accepted Accounting Principles for the year 2015, was acknowledged by the Board. The financial report is included in the 2015 Annual Report found on the website at www.mwcd.org.

The next regularly scheduled MWCD Board meeting will be held Friday, August 26 at 9:00am, at the New Philadelphia City County Chambers.

About the Muskingum Watershed Conservancy District

The MWCD, a political subdivision of the state, was organized in 1933 to develop and implement a plan to reduce flooding and conserve water for beneficial public uses in the Muskingum River Watershed, the largest wholly contained watershed in the State of Ohio. The District includes 18 counties and covers 8,000 square miles which is 20% of the state. The District’s 16 reservoirs and dams have been credited for saving an estimated $11.9 billion of potential property damage from flooding, according to the federal government. In addition, over 5.5 million customers a year use the District’s recreational facilities throughout Eastern Ohio which bolsters the region’s economy and augments the quality of life for Ohio’s residents. For more information about the MWCD visit www.mwcd.org 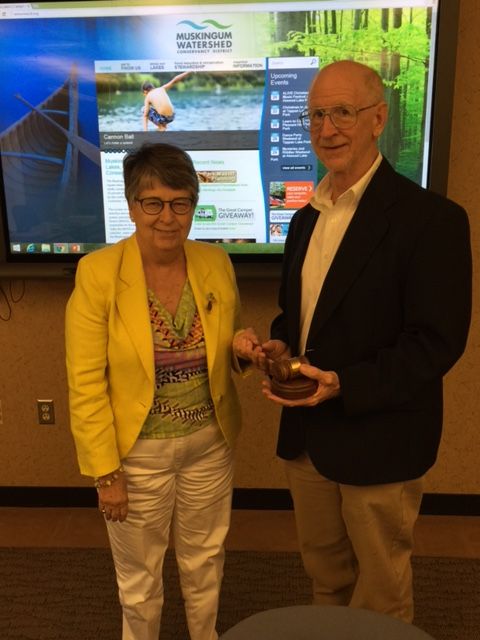