The Muskingum Watershed Conservancy District’s Development Advisory Committee (DAC) bid farewell to three members at the last quarterly meeting as all have completed their second three year term. The DAC is an 18-member advisory group created in 1992 to provide input regarding MWCD programs supporting the mission of flood reduction, conservation and recreation. Members are appointed by the Board of Directors and serve staggered three year terms. DAC members are briefed on MWCD projects and operations and give valuable input to the management team and Board of Directors.

The three members whose terms expired include Stark County Attorney John Prelac, an Atwood Lake boater; Harrison County resident Dirck TenBroeck, an active patron of Tappan Lake; and Robert Prince of Carroll County, a Leesville Lake fisherman. Executive Director of the Muskingum Watershed Conservancy District, John Hoopingarner presented all three with a plaque and commendation of thanks and appreciation for their active participation and interest in the MWCD organization and programs.

The Muskingum Watershed Conservancy District (MWCD) is currently accepting applications from individuals interested in participating on the DAC. The Advisory Committee quarterly meetings are typically held in the New Philadelphia area. Applications and inquiries can be sent to info@mwcd.org or P.O. Box 349 New Philadelphia, Ohio 44663 Attn: DAC.

The MWCD, a political subdivision of the state, was organized in 1933 to develop and implement a plan to reduce flooding and conserve water for beneficial public uses in the Muskingum River Watershed, the largest wholly contained watershed covering 8,000 square miles throughout 18 counties in Ohio. The District’s 16 reservoirs and dams have been credited for saving an estimated $11.1 billion worth of potential property damage from flooding, according to the federal government. In addition, over 5.5 million customers a year use the District’s recreational facilities throughout Eastern Ohio which bolsters the region’s economy and augments the quality of life for Ohio’s residents.

For more information about the MWCD visit www.mwcd.org 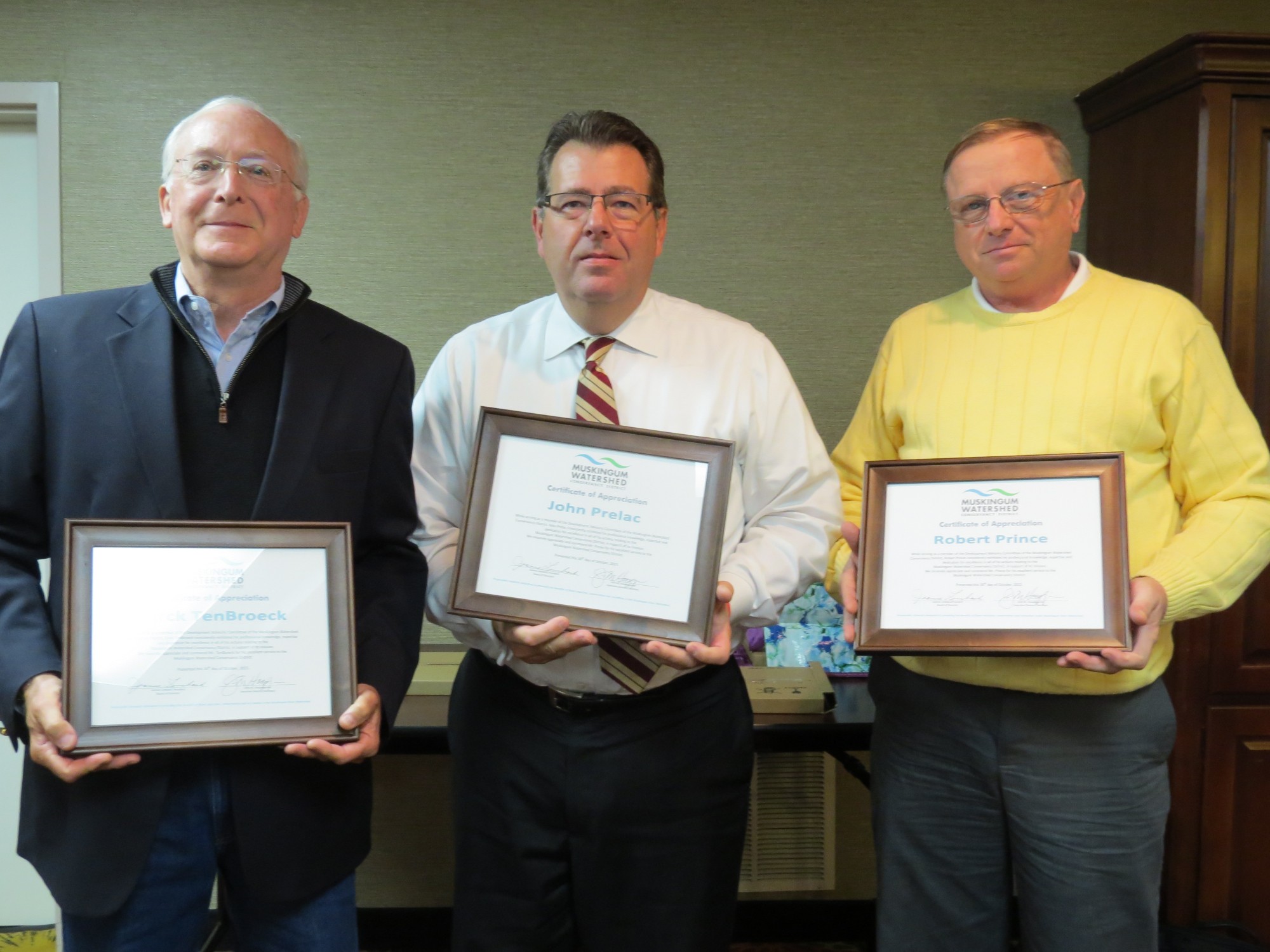